It feels so good to be posting again! I can’t believe it’s been almost a month since my last post, and I’ve missed it so much – yet another reason to look forward to my mid-year break. Still, though I’ve been quiet I have been getting in some sewing, and I’m so glad to be able to share it with you now – especially given how happy I am with these makes 😀

I had noticed a little while ago that there was a bit of a gap in my lingerie wardrobe; I didn’t own a single plain black bra! Which did seem a little ridiculous for someone who has over twenty bras… Also, a few months ago, I became completely smitten with this Playful Promises set, and while I tossed up on buying it, ultimately I couldn’t afford it 😦 But its simplicity of design got me thinking – as did the bolt of black stretch satin sitting in my grandmother’s fabric stash. Here are the results of my endeavours! 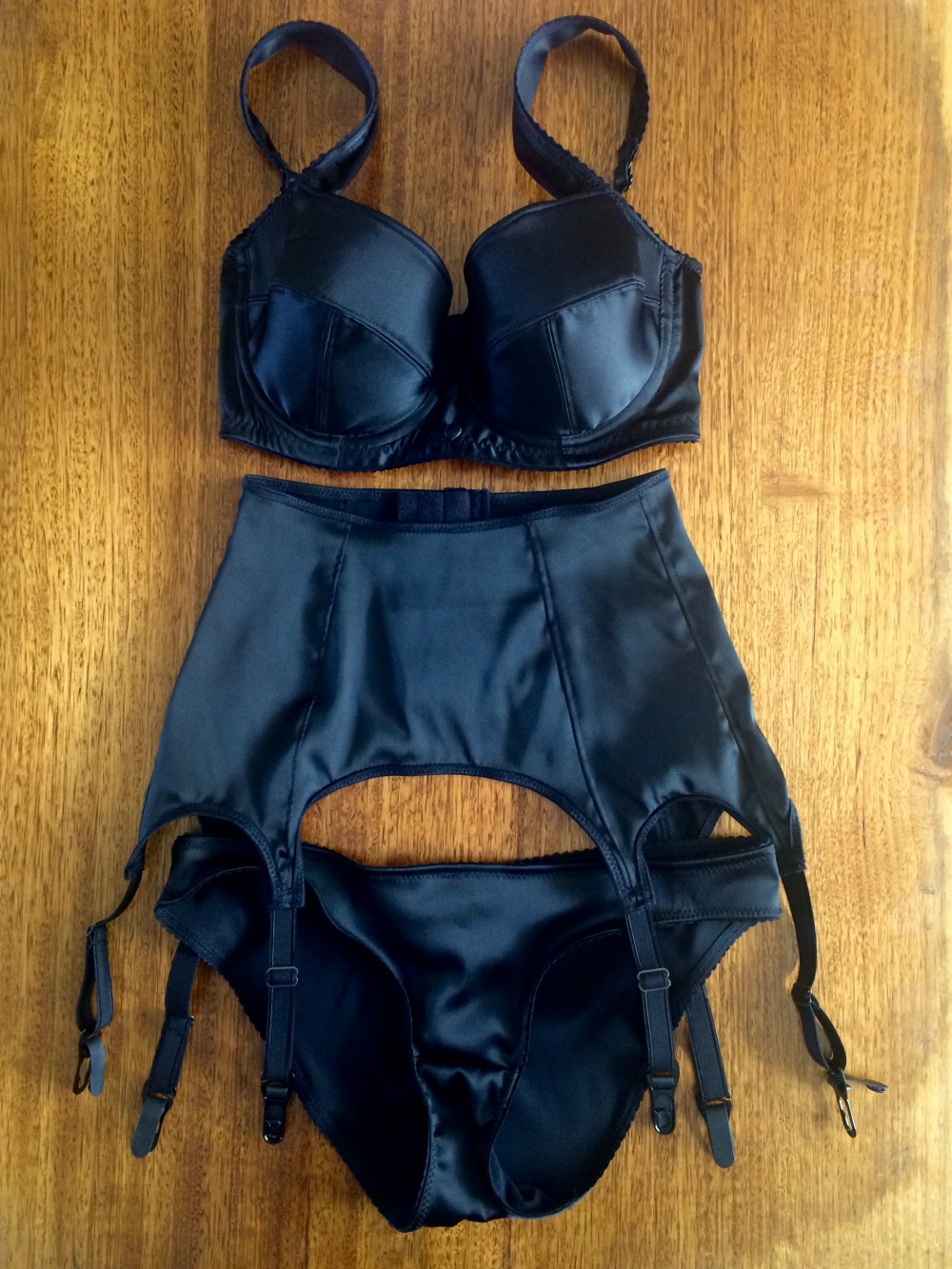 For this set, I used my favourite Boylston bra and Watson bikini patterns, as well as a new one, the Ohhh Lulu Greta garter belt pattern. And I am pretty damn pleased with how they all turned out!

The Boylston is very much a TNT pattern for me now; apart from my usual bridge-narrowing alteration it is exactly as-is. I used all of my usual construction techniques, including fully-enclosed seams – extra important this time as, in addition to being super slippery, this satin frayed like crazy! I used cut and sew foam in the cups, and sheer cup lining to stabilise the bridge and cradle pieces. There is one thing different I’d like to share about this bra though: it’s the first bra I’ve made using Erin’s Bliss wires, and OH MY GOD THEY’RE LIFE-CHANGING. Previously I’ve achieved a fit I was happy with in my bras – not quite perfect, but still pretty great. But these wires, with their narrower, more vertical shape, have pretty much perfected it! They make the cups more narrow and projected than standard wires do, which is absolutely spot-on for my shape. The cups are now 100% perfect on me: they contain everything with no overspill or flat spots, and the bridge sits flush to my chest. I’ll definitely be ordering more of these, Erin – the difference they’ve made is inspiring! 😀 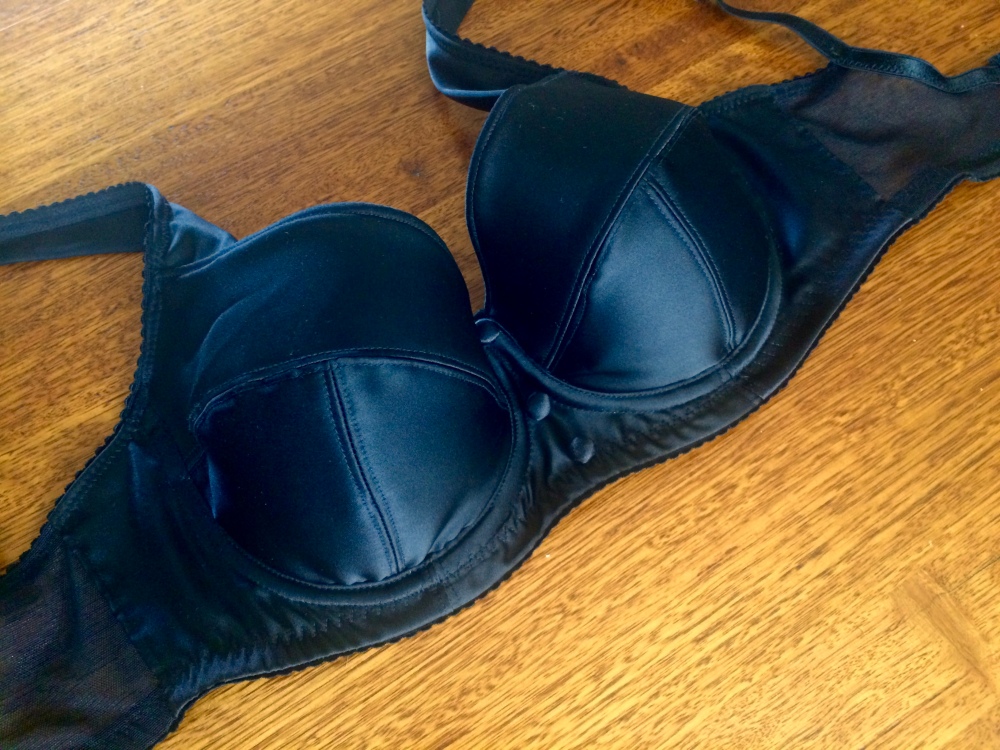 The Watson bikini got a little more alteration work done – this was my first time trying a design feature like the cutouts in the back and they turned out so much better than expected! It ended up being quite straightforward in execution – I cut out the back piece as usual, then just used my rotary cutter to take two small ovals out of the centre. I finished them with fold-over elastic, then stitched the two halves together again down the centre. Construction then proceeded as usual! This was my first time making this pattern in a two-way stretch fabric, and while the fit it still pretty good, next time if definitely add a little to the rise to compensate for the lack of stretch in that direction 😉

The third pice of the set was the only new pattern I used – the Ohhh Lulu Greta garter belt. I’ve always loved the classic high-waisted six-strap garter belts, but I’d never yet made one. I did toy with the idea of drafting my own pattern for one (because they’re hardly complicated garments), but in the end laziness won out and I went with Ohhh Lulu’s. And I’m glad I did, because, as always with Ohhh Lulu’s patterns, it was impeccably drafted and came together like a dream. It fits beautifully and gives that incredible elegant retro look I adore 😀 I also thought about sewing the little button embellishments on to the garter belt as well (aren’t they adorable, by the way?!), as they are in the Playful Promises set, but in the end I decided I’d prefer it without so it has a nice smooth look under fitted clothes. 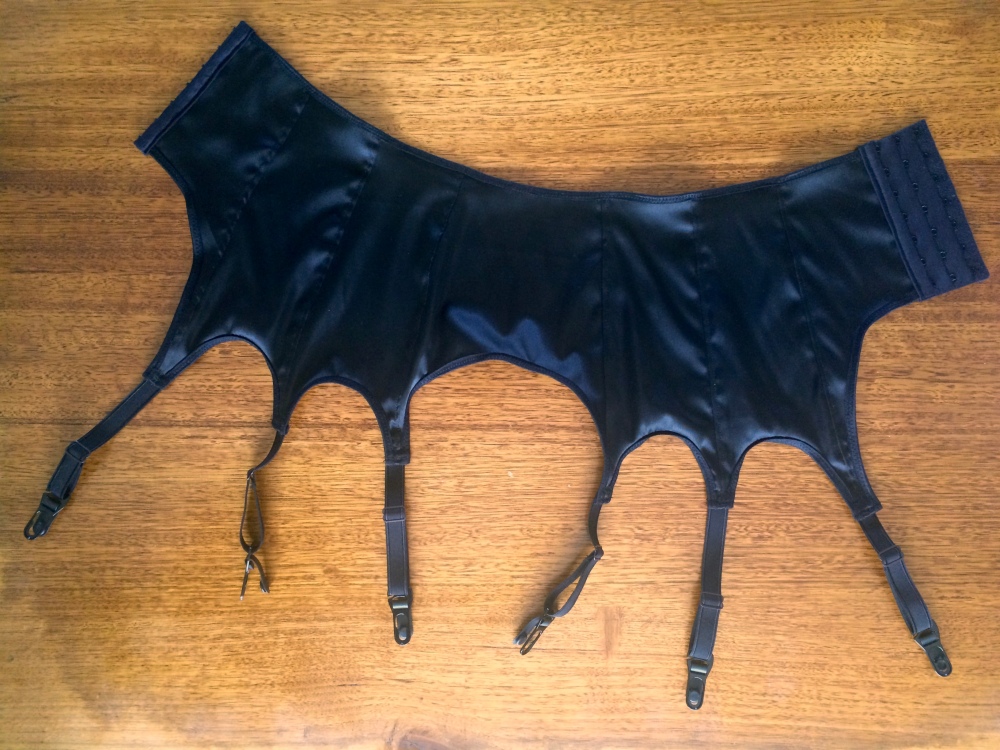 I know I do say this about almost everything I make, but man, I am in LOVE with this set! Not only does it look and feel great on, but I think these are some of the most beautiful pieces of lingerie I own – just goes to show that basics don’t have to be boring! Though I will admit the bra is the only true basic of the piece – just as well it goes with all my black underwear 😛 That being said, the garter belt and underwear will go well with the black RTW strapless bras I already own – so it is really a very versatile set. It’s definitely got me thinking that I need to make up a few more not-so-boring basics in the future… 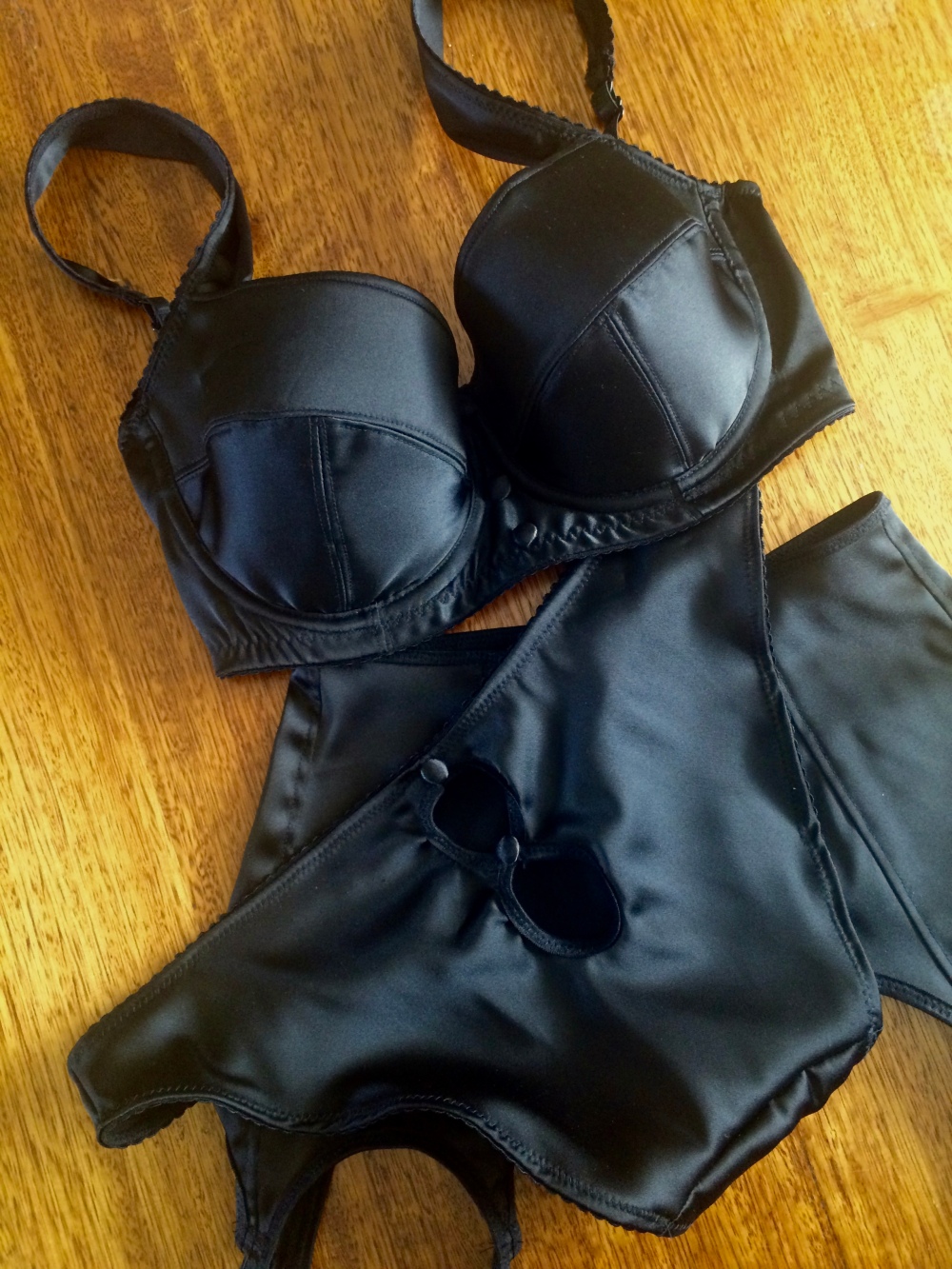 Well, I certainly hope it’s not this long again until my next post – though anyone who follows me on Instagram will know there’s already a very special project in the works 😉